Sierra Ski & Cycle Works has been a part of the Lake Tahoe outdoor sports scene, having big fun in the little shop since 1980. 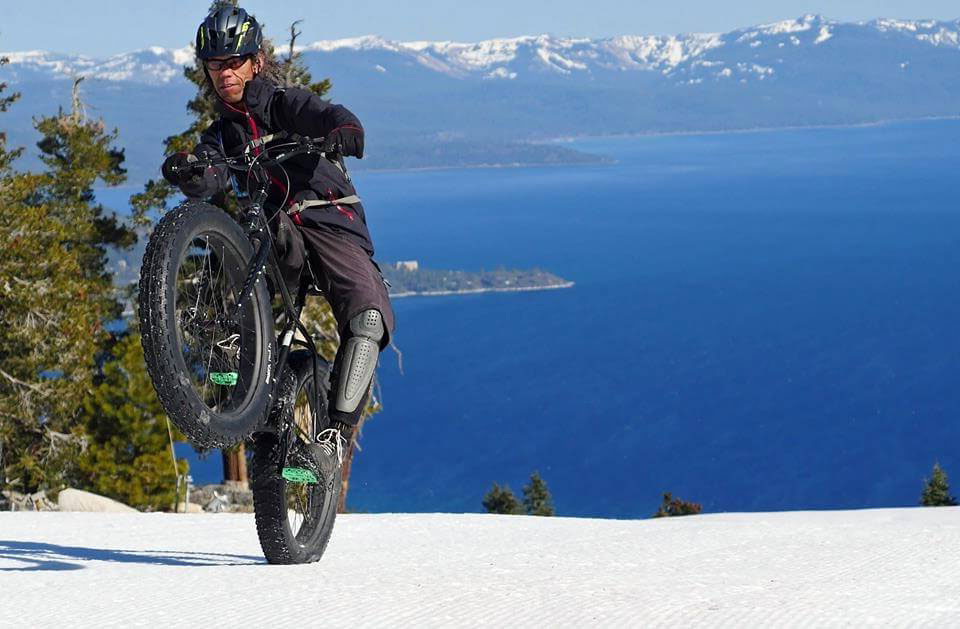 “I want to help people understand the roots of Tahoe mountain biking and skiing, and how it has evolved over the past 40 years,” says Bell. A philosophy that landed him a featured article in Bike Magazine.

Where It All Began

Gary knows a lot about Tahoe bike and ski culture, having owned his shop since 1980 and helping to organize the Tahoe Area Mountain Biking Association in 1988. When asked why he still enjoys turning people on to mountain biking and skiing after 40 years, he just smiles and says, “It’s about time spent in the woods.”

It all started more than four decades ago when Gary decided to move to South Lake Tahoe, for just one winter. That one winter turned into 44 years and the beginning of a lifelong love affair with Tahoe. Besides his laid-back style, Gary is serious when it comes to bikes and skis which stems from his years of exploring his backyard. Gary and Chris make it a point to understand the skier or rider, the terrain they prefer, fitness level, and the fun factor expectation.

Gary fell in love with the mountains at age four during family ski trips to Alpine Meadows. Seeking more time in the mountains than just weekend ski club trips from the Bay Area, Gary made the move when he turned 20 telling his mom and dad it was just for one ski season. Like any new dedicated ski bum back in 1976 Gary painted houses, shoveled snow off rooftops, towed people off the snow berm, and was a late night cook at the Nugget. Soon he landed a ski teaching gig at Heavenly Valley while at the same time he practiced his aerials off the ski ramp into the lake at Bill O’Leary’s World Freestyle Training Center at Zephyr Cove.

During the summer he worked for Frank at Tahoe Bike Shop and at the Clean Machine for Bill Miller. It was then when Gary and long-time friends Geoff Clarke and Gene St. Denis started exploring all the back-country trails on the first Tahoe-made mountain bikes called Clunkers that they built in 1978. Made from beach cruiser frames and big heavy tires, Gary and his buddies would ride their custom-built Clunkers all over, connecting abandoned hiking trails they called the “Cabin Ride” and “Tin Shack Ride.” Following one of their more crazy descents down Saxon Creek, they named the trail Mr. Toad’s Wild Ride – South Shore’s most famous trail to this day. Today, you can still find Gary and Geoff, a certified ski guide, deep in the back-country on their bikes or skis. Gene – still a wild man – continues to turn people onto nature with fishing outings on Lake Tahoe. With old Tahoe memorabilia decorating the walls and busting at the seams, Sierra Ski and Cycle Works is the unofficial official Tahoe bike and ski history museum. You can check out a Tahoe Clunker built by Gary in 1978 and share your own Tahoe trail tails with others at the shop daily. 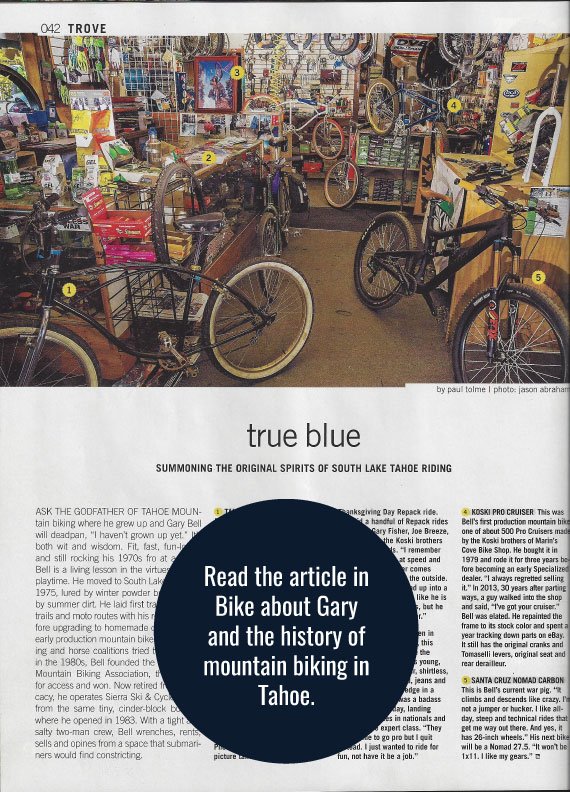 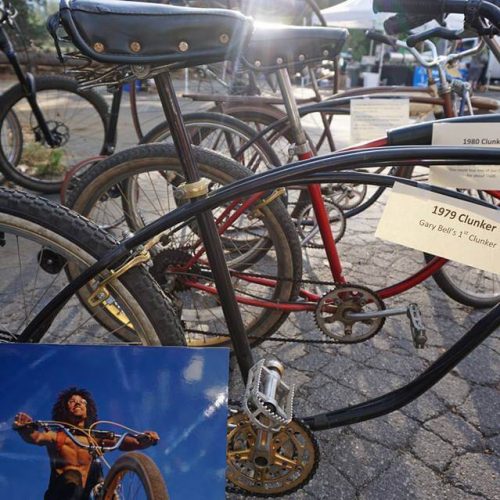 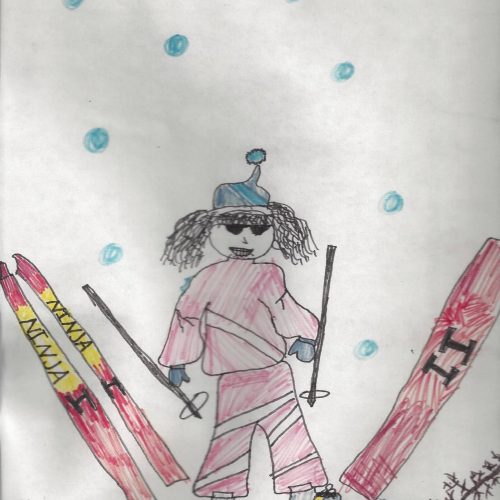 Gear for Kids of All Ages 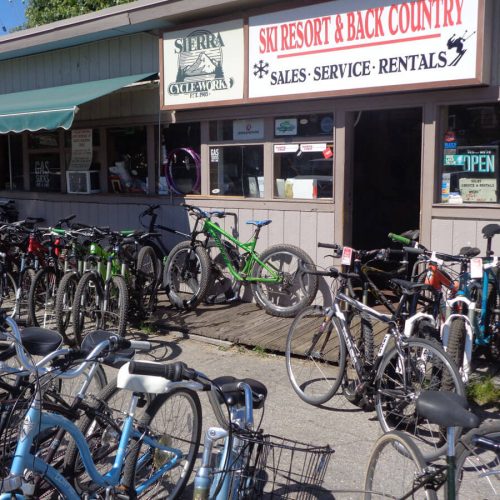 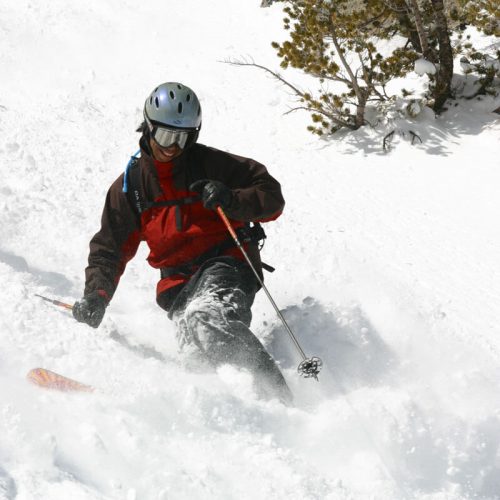 The Evolution of Mountain Sports and the Gear to Get There

Sierra Ski and Cycle Works has witnessed first-hand the evolution of the gear for getting into and around the mountains. In some cases, when the innovation didn’t happen fast enough, we did it ourselves.

Gary purchased his first cross country skis from Jack Francis of Rock Bottom Sports which is the current location of SSCW. When Jack closed his doors, Gary took over the space in 1980 and created a corporation with two partners that focused on used ski gear. The Ski Trading Company had three locations; one in Kings Beach, Squaw Valley, and its current spot on Hwy 50 in the middle of South Lake Tahoe, next to Safeway. Gary and his friends loved the freedom of back country skiing and soon the shop was retrofitting the soft leather x-c ski boots with downhill boot cuffs to make them stiffer.

Always the innovator, Gary created a releasable telemark ski binding in the early 80’s, before Voile. However, he never went anywhere with his original design, except up to Heavenly Valley. Soon he was kicked off the mountain for having an “illegal binding.” After a ski meeting with HV mountain manager, Malcolm Tibbetts, Gary was issued a special pass that gave him permission to ride the lifts and use his newfangled gear. By the mid 90’s, telemark skis and equipment were transformed to handle bigger all-mountain terrain – finally. Like a kid in a candy shop, Gary happily introduced everyone to telemark skiing along with split snowboards to help us get further into the mountains. Today, SSCW remains the quintessential back country ski shop in Lake Tahoe that rents and sells skins, shovels, probes, beacons and avalanche safety & preparedness kits.

The Local Shop Is Born

In 1983, the corporation changed its name to Sierra Ski and Cycle Works and became a full-service ski and bike shop. SSCW carried SR, Raleigh and Specialized bikes, and became the top Specialized Dealer in Northern California in the mid 80’s. By 1988, mountain biking had taken hold and Gary started TAMBA, the Tahoe Area Mountain Bicycling Association, along with Kathlee and Jesse from North Shore. The three developed a model program driven by volunteers who helped to build trails and educate riders to assist the USFS. Although never called upon, TAMBA even developed a bike search and rescue team, a first in the nation. TAMBA continues strong to this day with a new fresh crew.

Gary mastered his technical bike handling skills in the early 1980s when he competed in bike trials next to Hans Rey. Sponsored by Raleigh and Yeti, he placed second in the Worlds and Third in Nationals in the Expert Division. He quit the circuit when it felt like a job. Instead, he prefers to take his friends on epic multi-day bike adventures that, so far, have traversed the Sierra from Tuolumne to Buck’s Lake. Those invited have learned to bring a head lamp, extra clothing, food, positive attitude, Advil and a water pump.

Gary can often be spotted riding around town on his vintage penny farthing. 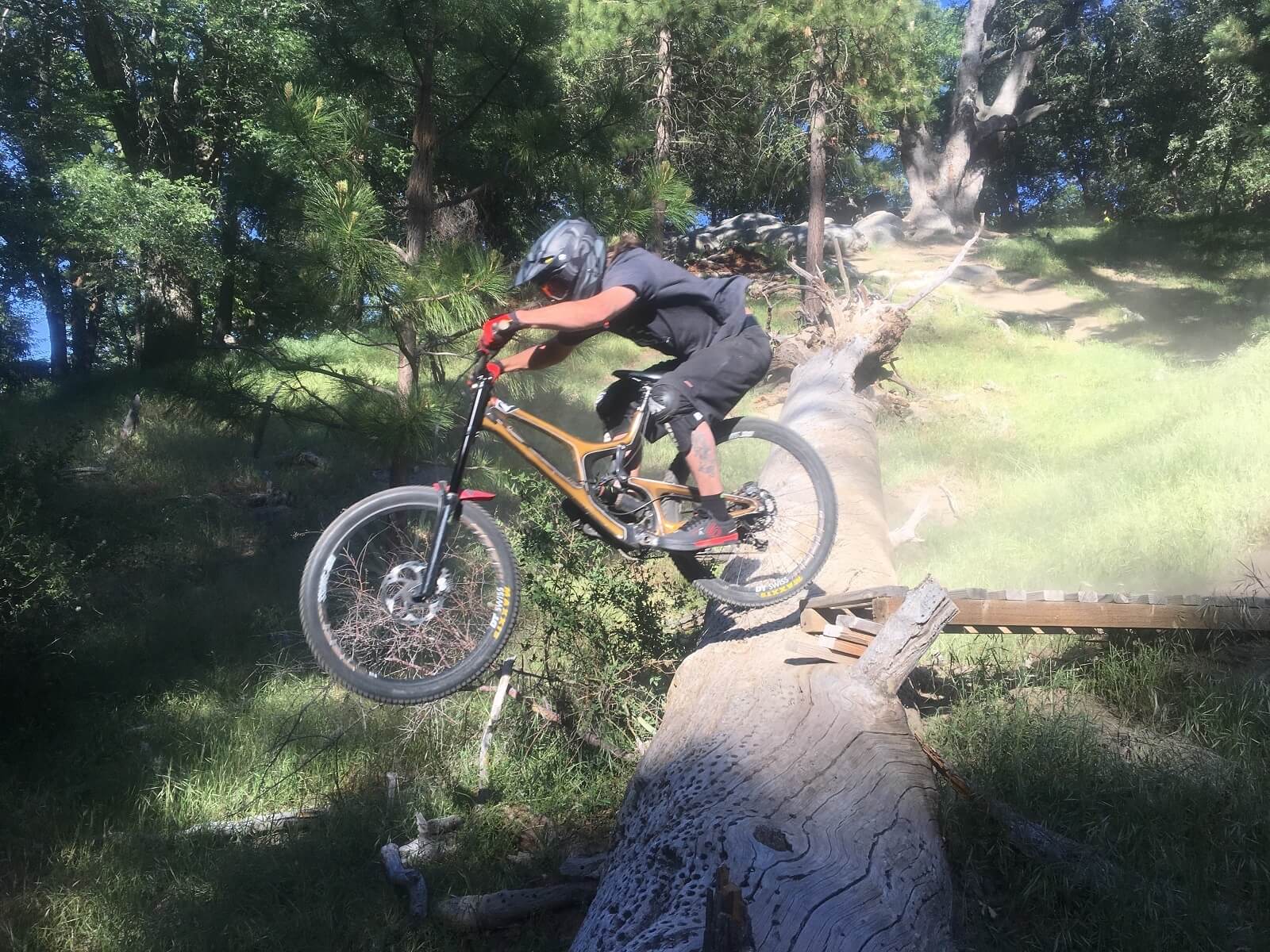 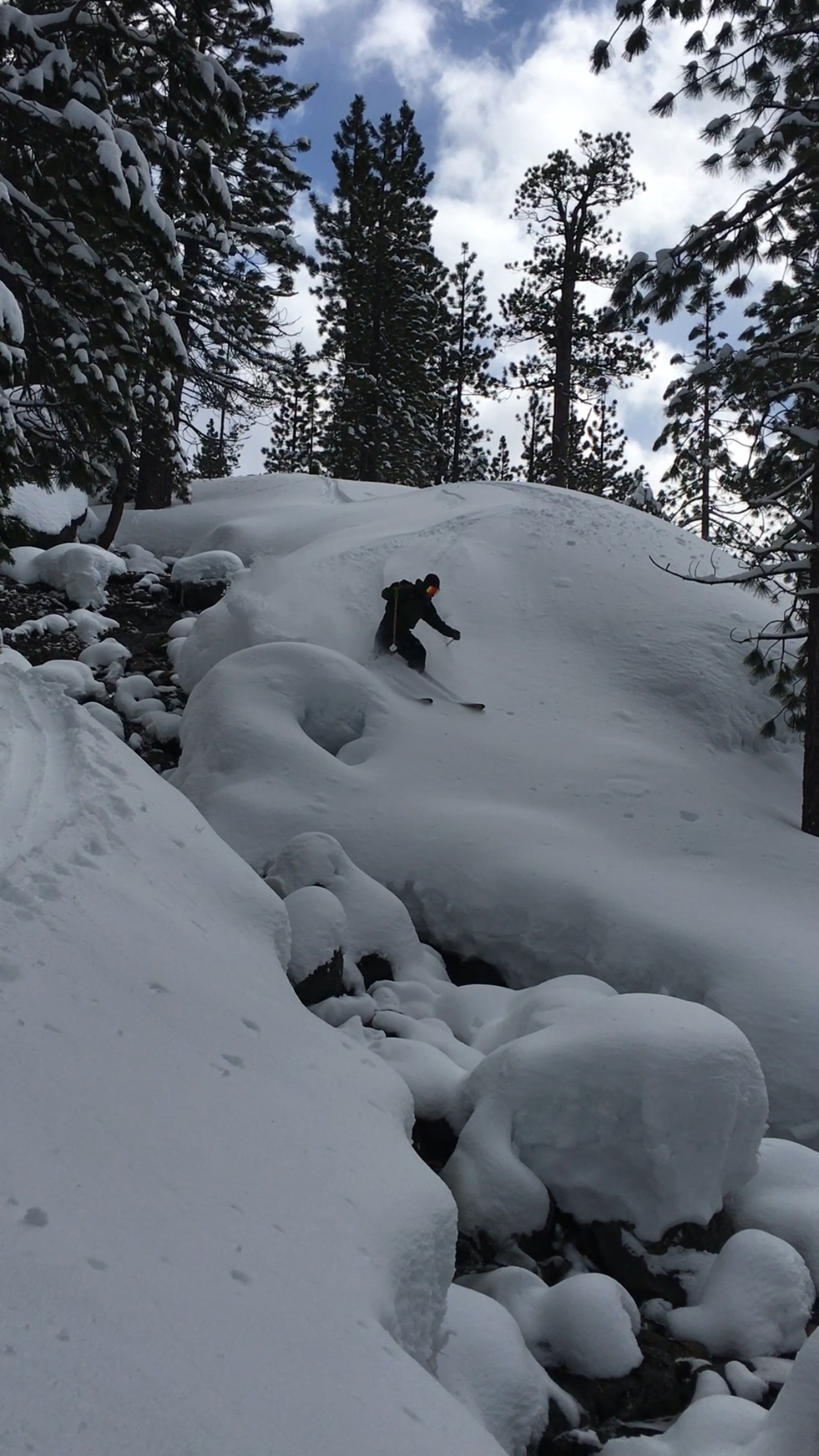 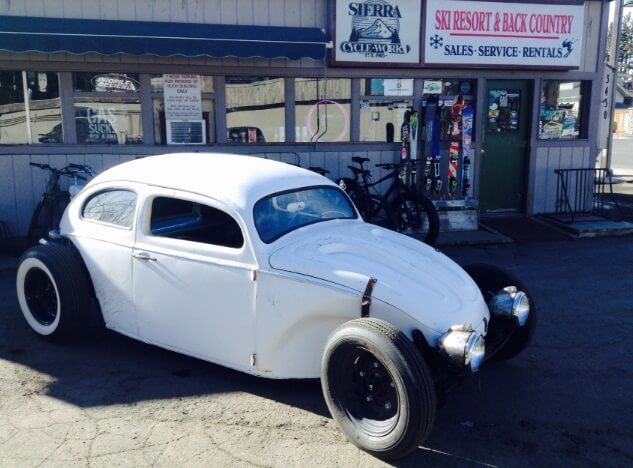