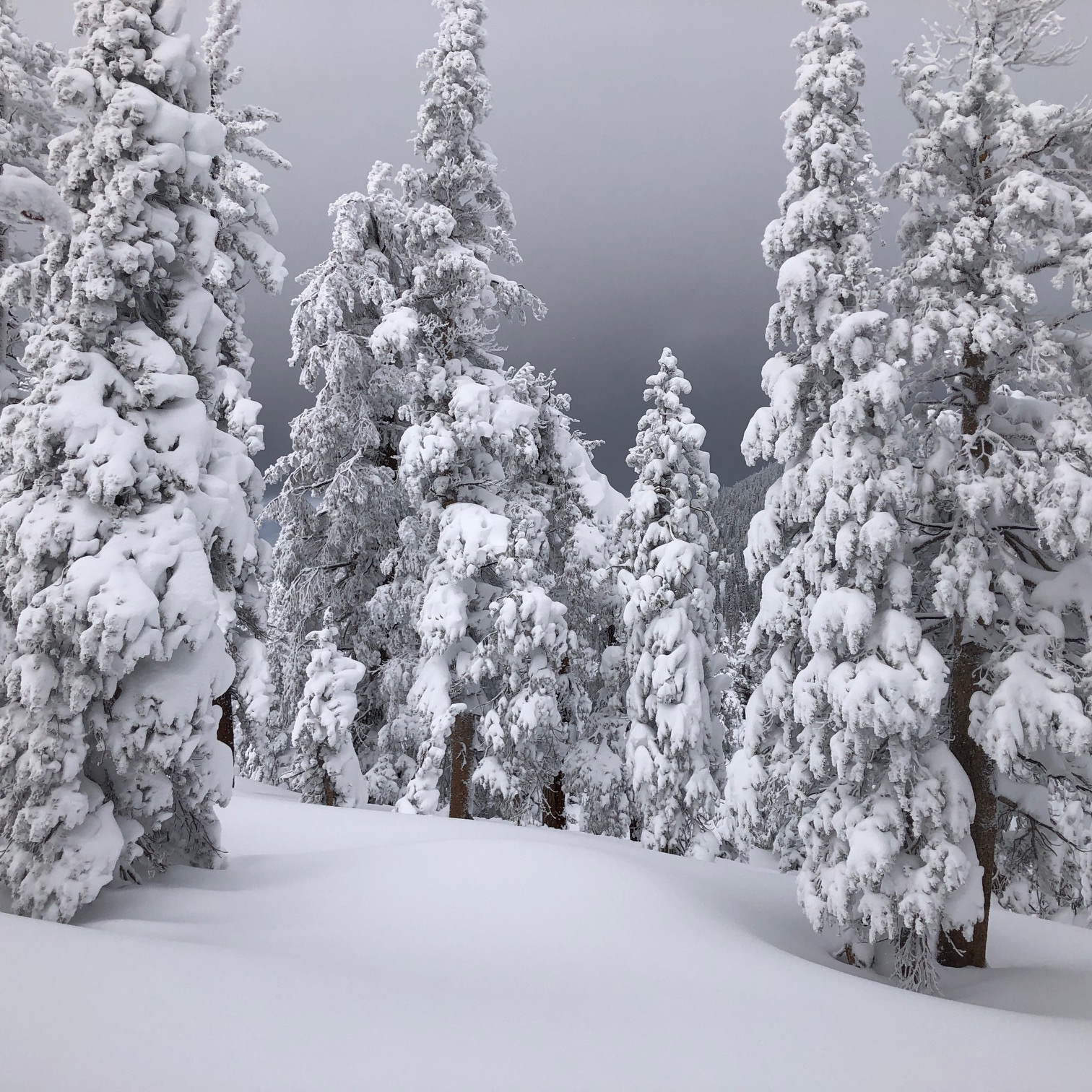 December and other Legendary Snowfall Records

I love winter storms. Big winter storms – and we just got a couple didn’t we. I’m sure everyone has heard by now that we broke, no, smashed a December snowfall record that was set in 1970, over seventeen feet. Yeehaw! Plus, we broke the October through December record for snowfall also set in 1970, though we only beat that by eight inches putting us at 268 inches measured at the U.C. Berkeley Central Sierra Snow Lab on Donner Summit. But we beat it. Yahoo!

That was an impressive amount of snow to be sure, especially for December, which is what made it noteworthy December is not ordinarily a big snow producer, but those still are not that big of snow totals by Tahoe standards! What really made these storms a big deal was first that it did come in a fairly short period of time, just a couple weeks, and that those couple weeks happened to be during the busiest holiday of the winter season. Great timing right? So we get huge amounts of snow on the roads, which are being cleared by, from what I have heard, understaffed but very, very hard-working plow drivers. Thank you all snowplow drivers! And I even noticed we had Caltrans crews working Highway 50 through town which, if I’m not mistaken, is rather unusual.

Then you take all the visitors, many of which have inadequate vehicles/tires and or don’t know how to drive them in those conditions (I do wish I had taken pictures of the Tesla and the dually truck that both spent two days stuck and buried in the road in our neighborhood) and you’ve got the makings of national news! As one of the local TV personalities and good friend puts it, “The Herbalanche was in full force! Oh, and one other factor we have not had to deal with in past years…the huge number of new people that have moved here in the recent year or two, many of whom also have never had to deal with a real Sierra storm for more than a weekend or so. Welcome and keep shoveling!

All this does make me want to start quoting numbers, unimportant facts, and boring memories from past winters. Yes, I know Uncle Joe,,, you used to jump out of the second story window, ski to school uphill both directions, sit in class in your wool socks then haul a bundle of firewood home so Mom could cook dinner over the woodstove. Did your internet ever go out Uncle Joe?

Does anyone remember the 2016/17 winter? It started snowing at the end of December and didn’t really stop until mid-March. It seemed to snow six inches to a foot every single night, wake up in the morning, push the front door open, shovel, if you could still throw the snow high enough on your snow banks. Then in the middle of that steady amount of storminess, February got the record for 1 month snow total at 238 inches. We started calling it “Febubury”, oh so amazing. If you ski/board Heavenly, while riding up Sky Chair, mid-way up watch for the markings on the trees that show the snow depth of that awesome winter.

Remember the winter of 1907? Oh, probably not. That season made it as the all time record holder for snowfall in the Sierra at 883 inches, yeah that’s 73.5 feet! That happened in the little town of Tamarack, California on Highway 4 near Bear Valley, which also happens to hold the record for the entire U.S. for the one month snowfall total at 32.5 feet in 1911. Those must have been some good ski seasons!

Oh, how about the 24-hour snowfall record! Our good old Echo Summit comes in at second place in the country for that on eat 67 inches during January 4th and 5th of 1982. Think about how buried your Tesla would be overnight in that one. That was also the year of the horrible avalanche at Alpine Meadows in March which took the lives of 7 snow loving people and trapped Anna Conrad for 5 days in one of the demolished buildings. And you’re bummed because your street didn’t get plowed for a few days last month!?!

The very next year was an El Nino. The crazy winter of ‘82/’83, 600 inches! This was another one that started snowing in mid-December and didn’t stop for weeks building up a huge snowpack, but part way through, I think I remember it being late January it started to r-r-rain! Admittedly the details are a bit fuzzy, but that was when it started. The Camp Richardson General Store collapses under super heavy wet snow, an avalanche takes out the main power lines coming into town, no power anywhere. The Olympic Ice arena at Squaw Valley caves in. Smaller structures around town begin to fail. Another avalanche takes out the main natural gas line over by the Truckee River that brings natural gas to the entire basin. It starts to snow again and still doesn’t stop. A mud slide comes down across the American River down Highway 50 which floods the river and closes the Highway. The town doesn’t have electricity or gas…for a week! A few hotels that had propane fired water heaters were offering two dollar showers to locals. Then once the gas was restored, a few homes (one of which my friend was sitting in the living room) blew up!  This was caused by something we should all be aware of right now! The snow built up around gas meters, caused any gas that vented to collect under the foundation, ignition source, boom! Clear your gas meters kids. One heck of a hectic winter, people made I survived 82/83 shirts and bumper stickers for that one.

A quick note on that 1970 record setting December…the season went below average after that so, do your snow sacrifices to keep this season going! I could ramble on and on for this one but they don’t give me that much room here, and I’m goin’ skiing.