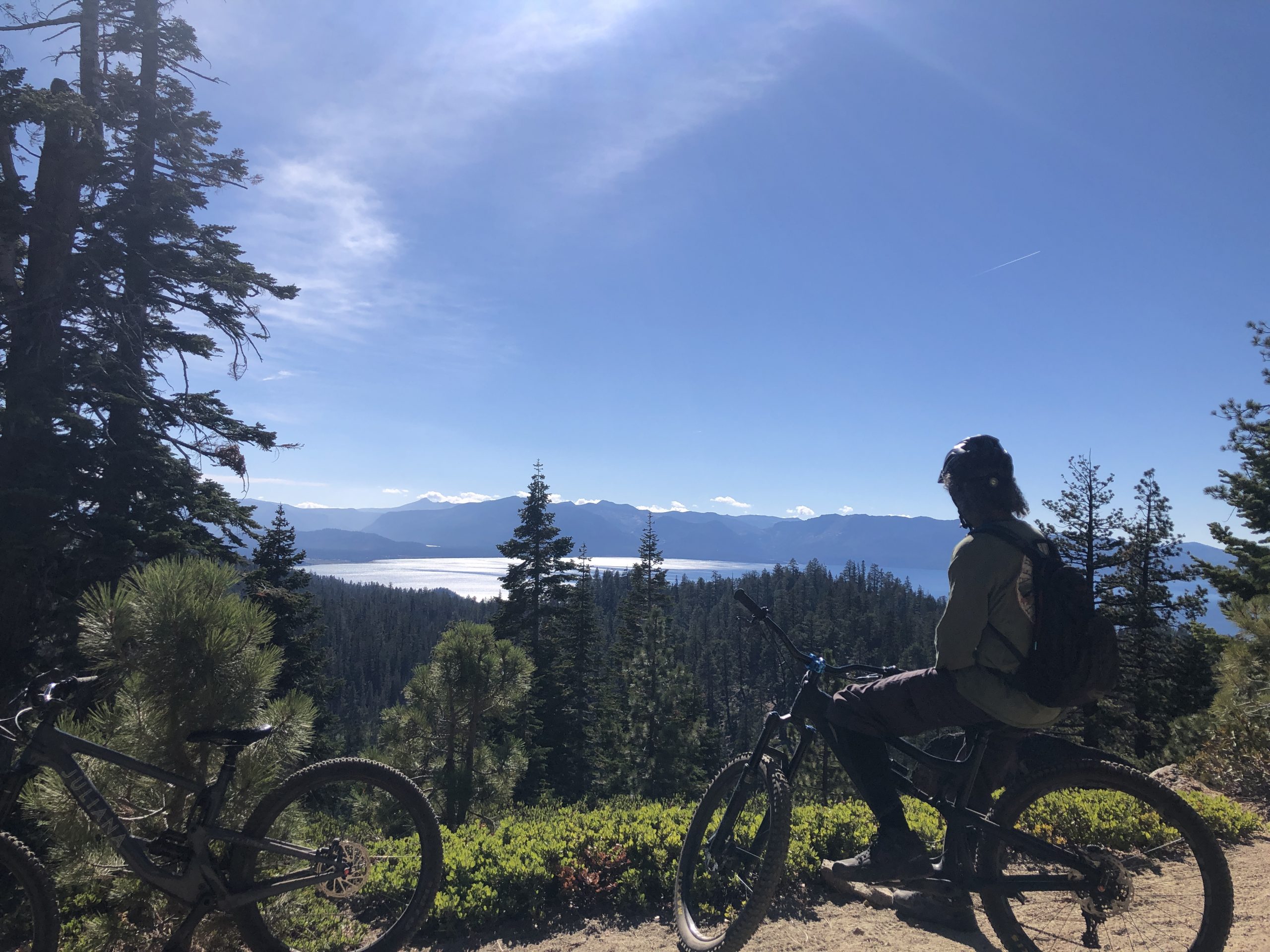 How to Use Both Brakes – Ride it Don’t slide it

During a recent drop down the Van Sickle Trail which I always enjoy as an evening after work ride just a little before sunset because the light is so awesome, we start noticing something really ugly. Right before almost every rock – and before every turn – some (I’m going to be nice here) dumb ass, had to come in too fast and skid, leaving a deep rut right down the center of the trail all the way to the bottom! Now it is possible that this was simply poor riding technique, which is something that will improve quickly, hopefully if they are riding with ANYONE else. Unfortunately, it felt a bit like this was also due to a bit of blatant disregard for not only the trail but any other trail users too.

It’s too bad when riders don’t show respect for the resources around our mountains just so they can show off or maybe have more fun than anyone else out there, if you know what I mean!

No skid left behind.

We all know it is kind a fun to slide around a bit here and there, sometimes it’s even unintentional when we “get loose” a little bit, but there are probably better places to do that instead of a busy State Park trail where the trail doesn’t need to get torn up by someone that’s been watching too many rad dude videos where all the riders have to throw up a plume of dust on every turn so they look like they are going so fast!

So.. what if that person really didn’t understand how to…uh… use their brakes properly!?! (Benefit of the doubt, right?). So here is the short version and I will start by saying that a good rider will always try to avoid skidding even though skidding can be fun and I’ll just bet crack is too.

We have two brakes on our mountain bikes and we should always use both brakes.

When we are going straight and need maximum braking power for the quickest stop possible,it is always about squeezing both brakes smoothly and equally. Most of your braking power is going to come from the front brake in this situation. This is the reason why cars and motorcycles have bigger brakes in the front than the rear and why they almost always wear out in the front first, all that stopping power is coming from the front brakes. Even our bikes tend to have a bigger disc rotor up front than in the rear. But we are riding mountain bikes, in the mountains and we are seldom stopping with max power in a straight line. Some of our most important braking is in turns and on steep drops and this is where braking technique is different than cars and motorcycles and becomes quite technical.  This is where it is a bit like playing a guitar, not that I know how to do that, but you can easily see that the players two hands are doing different things and so it is with our brakes.

The same thing will happen on steeper rocky technical terrain. When we are going straight down working to maintain speed control, both brakes pretty evenly pressured will work the best. But as soon as the front tire meets an abrupt rock or deeper hole, your whole bike will respond in a more friendly and predictable way if you play that guitar and work the brakes independently, this is that moment again to feather the front brake, even let it go completely if only for a split second to allow the front wheel to roll freely through the danger spot. It seems counter-intuitive to release the front brake at that moment of serious speed control but a hard clamped front brake at that moment would likely send you over the bars resulting in using your body as the brake on the dirt instead, ugh, I hate that!

One other thing that will help with braking is proper brake lever position. Most modern brakes are made to be grabbed by one finger only, power brakes don’t need a handful of grab. It is critical then to move the levers inboard away from the grips enough that the index finger just reaches the tip of the brake lever leaving all other digits to do the job of hangin’ on. Also, it is a good idea to have the levers angled downward slightly. A good rule of thumb here is to look at the line your forearm makes when sitting, then extend that line forward through the levers making for a comfortable reach angle. So, if none of this works then maybe go back to the pot hole you came from to ride because we don’t treat mountains that way, ride it don’t slide it!