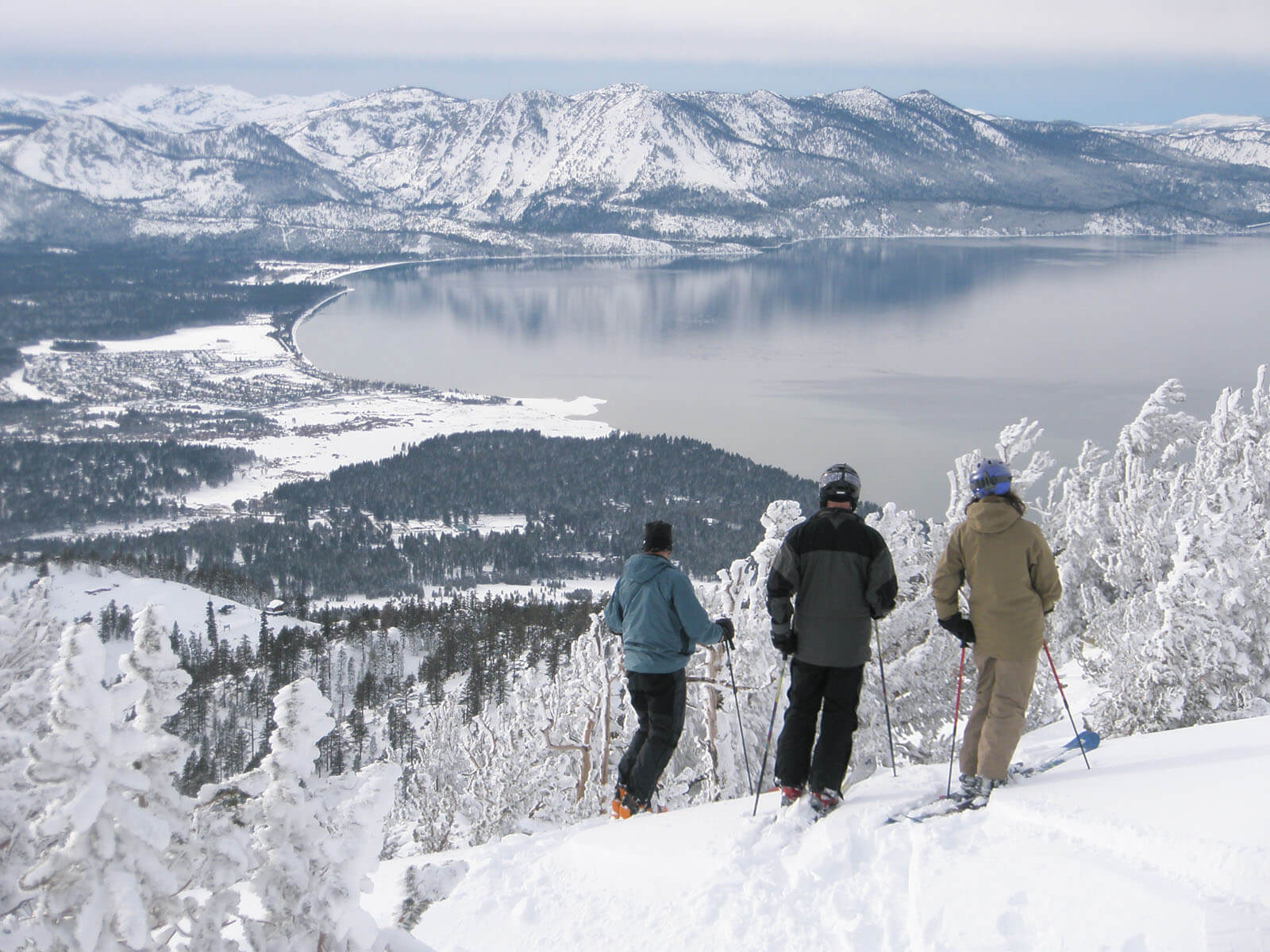 Well how beautiful and almost unexpected was that wintery end to January? And hopefully now February will start to act a bit more like winter, it doesn’t seem like too much to ask. But then if Mother Nature decides that the East Coast needs those storms more than we do then we will just have to rely on good old science for our winter scene.

Yeah I’m talking about snow making. It is absolutely what has saved us so far this season and just because we have gotten some help from old Mom lately, that doesn’t mean it is time to put away those snow making guns yet. No, quite the contrary and at the resorts that can, the snow makers are working hard while the temperatures are cold enough.

This thing they do up there, part science part art is something I have been curious about since I moved here in the mid seventies (also some record dry/late start seasons). So I was really excited when I got an invite from Heavenly to come up and get a tour of the snowmaking system with Barrett Burghard, BB for this story, Sr. manager of snow surfaces, an important and pretty cool job if you ask me.

I meet Barrett at the California base where there is a room full of strange looking pipes and machines, gauges and valves that I have passed by thousands of times and never knew it was inside there. He takes me deeper through that zone and into an office stuffed full of topo maps on the walls and computers surrounding one obviously important desk and chair. Wow, when I saw those computer screens I knew, this is not the snowmaking of the seventies anymore.

Even in the seventies this science had advanced hugely since its inception on March 14 1950 when engineer and inventor Wayne Pierce decided he could make snow with a paint spray compressor a nozzle and a garden hose. It didn’t take him long to get a basic process patent and the world of skiing early season or in low snow seasons was changed forever.

We first look at the topo map. It is a really nice one of the entire Heavenly Resort, (I like maps). It shows the locations of the water pipes and hydrants of which there are over a thousand spread around the mountain. Most people would recognize them as those black cones on the sides of the runs, though some are below snow level and some are just nicely hidden. This is of course the main ingredient for the system, water and lots of it. Everyone has seen those two holding ponds, East Peak Lake in Nevada and Cal Dam on Heavenly Creek in California. This water is purchased from S.T.P.U.D. and K.G.I.D. plus Heavenly has their own well up on the mountain. The water is moved around the mountain in those pipes by several very powerful pumps, three of which are located inside that building you have always wondered about at the Cal Dam pond just below Sky Chair. And you thought you had a hard time keeping your pipes from freezing!

The next element needed is air, cold compressed air. The system needs about 80 psi to operate. That didn’t seem like much to me at first, and then I thought about pumping a bike tire up to that amount. And have you had one explode at that pressure? Ouch. So to achieve that there are ten of these amazing compressors around the mountain. Not your average compressors they are electric motors putting out 1750 horse power each! This is a very high power, close tolerance, high strung machine that Pierce could never have imagined or managed.

When you combine the air at or near that max pressure and then adjust the flow of water according to temperature and humidity, voila snow. Well there is way more to it than that. And you need to thank that crew in black out there on the snow for a huge amount of making this work so well.

Heavenly runs three types of guns. The “air and water guns” Which are the older, more portable and very noisy style of guns that only need that system to operate and are the ones we see a lot.

The “stick guns” are mounted high over head on long booms. They operate the same way but sometimes have their own small compressor built in.

Then there are the “fan guns”. These are the high tech, jet engine looking, but very quiet and efficient guns we have come to know in recent years. These guns run on a combination of a fan in the cowling and their built in compressor and very high tech nozzles. They can be set to run fully automated so they “know” when conditions are right and run themselves. They can be controlled remotely, remember the computers down there where they can monitor the entire system and have complete control over the 65 fan guns out there. Or they can be tweaked manually by one of those snow artists.

I always hear people say, “I bet they add something to the water.” Well that technology is available, simply adding something for the water to have a nucleus to freeze around; this is the principle behind cloud seeding. Heavenly’s policy is to not use additives.

When the water air mix crystallizes, it usually doesn’t freeze solid. There is a small amount of water remaining in the center when it lands. Given a little time undisturbed it will freeze to make a nice quality snow surface. Quite often though there is pressure to open that new run quickly and it gets groomed or skied to quickly so the water gets pushed out and often quickly turns to those frozen patches we all despise.  Ooh but we do love “skiing under the guns”!

BB and crew can blow snow on about 70 percent of the marked trails. At full bore they can cover a football field with 2 feet of snow in a ten hour shift. Come on Mother Nature, I heard you used to be able to match that.

I learned so much more than I have room to share here could be another article out there. This community is lucky to have someone like Barrett and his 25 years at Heavenly, thanks for that.   I gotta get to bed, they’ve been blowin’ snow on the face and word has it they are going to open it tomorrow!